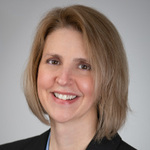 Chris is a Partner with Employment Law Partners, LLC. She has practiced exclusively in the area of employment law representing individuals since 2004 and Chris brings a breadth of experience in the area. In particular, her knowledge and skill regarding Ohio unemployment compensation law brings a focus in this area to the firm.

Chris is admitted to practice before the following courts:

In addition to her law practice, Chris conducts investigations of employee disputes and formal complaints, providing a neutral, third-party perspective.